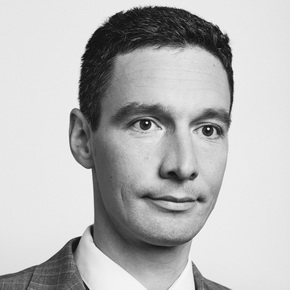 Valentin has extensive experience in mergers and acquisitions, including international, and spearheaded international teams of lawyers in M&A structuring projects. Valentin's skill set allows him to manage such deals end-to-end – from negotiation and project paperwork to arrangements with creditors.

Restructured overseas assets for a number of clients, private investors, in compliance with the Russian regulatory requirements for controlled foreign companies.

Advised and successfully represented a software distributor in litigation against tax office over documentation of the license fee payee's tax residency (precedent-setting judgment).

Represented a major meat product manufacturer in a challenge to the application of a discounted VAT rate (10%) to its products.

Publication
Tax clause: how to protect oneself against unfair suppliers

Publication
Taxpayer Rights – How Not to Cross a Fine Line?

Review
The most Important Tax News

Review
Tax on Withdrawal of Capital: what to wait for in 2021

Publication
The end of tax abuse

Publication
Valentin Moiseev “About Legal Matters of the Outgoing Year”

Publication
Lease for Foreigners: How To Calculate VAT Proportion

Report
Newsletter. Application of the Concept of 'Beneficial Ownership of the Income to Dividends'. November 2016

Review
Overview of Amendments to the Russian Tax Code, that Went into Effect on January 1, 2016